Wars not make one great 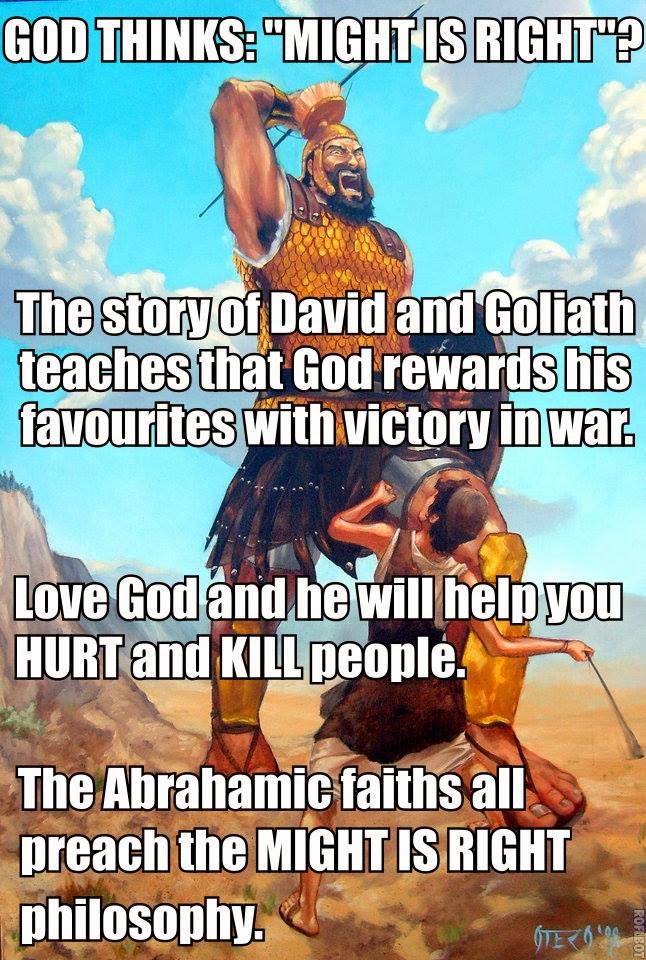 I don't take a side on this awful business in Palestine and Israel[1]. For many this makes me very unpopular. But what is it possible to do? Engage in the debate on either side and you will discover some of the worst allies you can imagine will line up alongside you.

On the one hand you have those who post decontextualized pictures of dead babies, as if that proves a point. It doesn't. It's just an awful and upsetting picture. Or at least, it should be. The cumulative effect of such images streaming through Twitter and Facebook is obviously to desensitise you. The horror those who post them claim to be raising awareness of is trivialised in the process. It also ignores the fact there are nutters firing rockets out of hospitals into Israel and chanting "Allahu Akbar" in the hope they'll maim a few Jews.

On the other side you have a nation backed by US money battering a poor one senseless. The constant claims of anti-Semitism you encounter when criticising Israel about this are as damaging as the dead baby pictures. Over use of the word "racism" weakens its meaning and normalises a very fringe perspective. To listen to some people you'd think the world was full of racists. It's not. People over use the word.

I guess this is partly why my attitude to the Middle East has become: not my problem. There are too many nutters on both sides for me to have any point of view other than to clap each on the back and wish them luck. "May the best man win," would be my parting comment.

You might think that comment insulting but there are people on both sides who have adopted the philosophy behind it as their military and diplomatic strategy. It's absurd but we live in a world where people fight and die to claim a patch of land they think is magic and was granted to them by a God. Furthermore, it's insane that the worst on both sides actually believe "the best man" will win. That's why they fight. They think a God is on their side who will deliver them a supernatural victory.

[1] It has been pointed out to me that this first sentence suggests I side with "the two state solution". Yes, that's right, I find the idea of a "final solution" coming from either side on this issue profoundly distasteful. In that sense I take a side.